LONDON (Reuters) – Stocks edged higher on Monday after a survey showed German business morale rebounded in May, boosting optimism around economic re-openings, although caution prompted the dollar to snap a rare losing streak.

Lockdown measures introduced in mid-March have put the global economy on track for a recession this year. Only unprecedented stimulus by global central banks held up world markets in recent weeks.

With nervous investors wary of adding to their equity holdings over concerns on what a post-lockdown world would look like, Germany’s Ifo institute survey for May gave some relief.

Its business climate index rose to 79.5 from a downwardly revised 74.2 in April, higher than a Reuters poll had forecast, and fueling optimism about the outlook of Europe’s biggest economy after a drop in the first quarter

“Today’s Ifo index echoes more real-time signals that economic and social activity has started to pick up significantly since the first lifting of the lockdown measures in late April,” ING economists said in a note.

A lire aussi
Nick Cordero, Broadway actor, dies at 41 after battle with Covid-19

“In short, the low point of the slump should now be behind us and there even is the chance for a short-lived strong rebound in the coming months.”

But with financial markets in Singapore, Britain and the United States closed for public holidays on Monday, market moves were relatively small and held within well-worn ranges.

The bullishness in the stock markets contrasted with caution in currency markets, where the dollar ended a rare weekly loss to rise to a one-week high against its rivals.

The dollar, which tends to behave like a safe-haven asset during market turmoil and political uncertainty, gained after China’s move to impose a new security law on Hong Kong heightened concerns about the stability of the city and global trade prospects.

Investors were rattled on Friday when Beijing announced details of the security legislation, which critics see as a turning point for the territory.

Sino-U.S. ties have worsened since the coronavirus outbreak, with the administrations of President Donald Trump and President Xi Jinping trading barbs over the pandemic, including accusations of cover-ups and lack of transparency.

“Rising tensions between the U.S. and China around Hong Kong, trade policy and who is responsible for the 2020 economic dislocation are threatening to end the post March-trough rally,” said Perpetual analyst Matthew Sherwood. 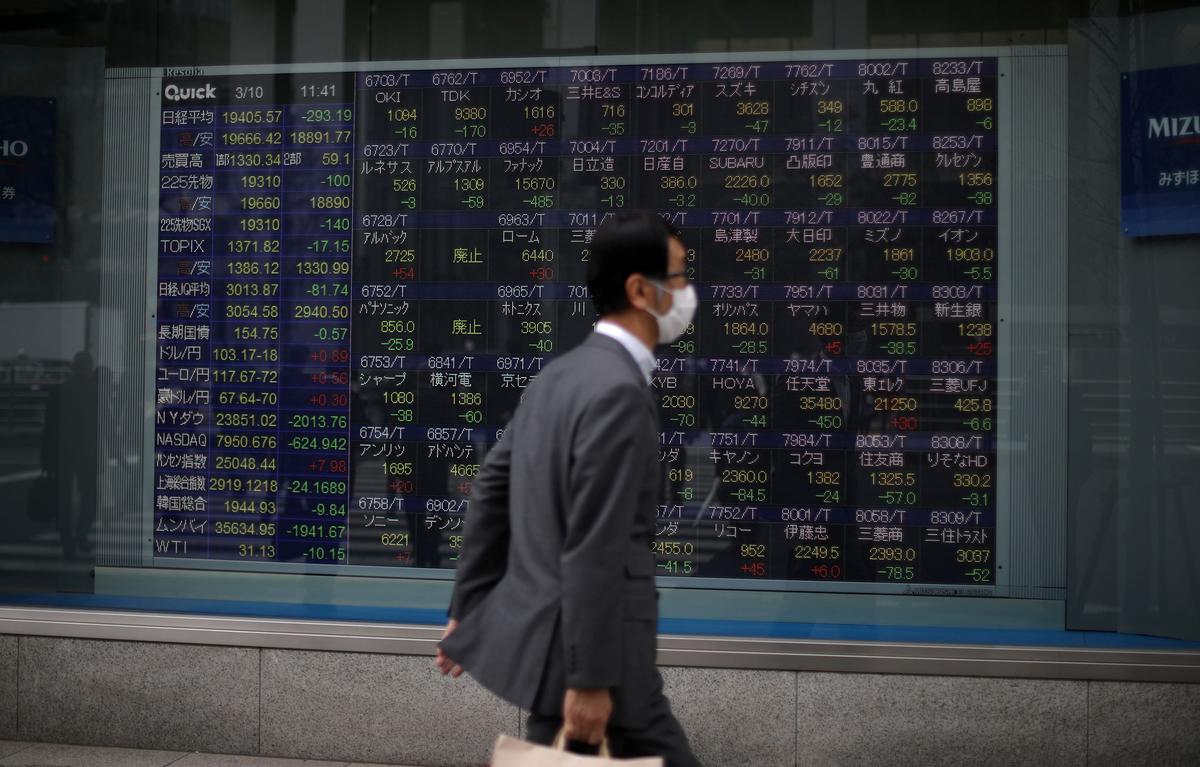