PORTLAND (Reuters) – A small group of Black teenage girls carrying megaphones stood in front of the federal courthouse in downtown Portland near midnight on Thursday facing a largely white band of protesters.

“I’m done with y’all focusing on all these white folk,” said 17-year-old Erandi, who asked to be identified only by her first name. “This is a Black Lives Matter movement.”

And as it happened, Portland had its first night in weeks without tear gas here after state police took over from federal agents guarding a courthouse that has been the focal point of violence between protesters and those agents.[nL2N2F20XI]

For over two months, the nightly Black Lives Matter protests have followed a familiar pattern.

A peaceful demonstration against racial injustice and police brutality begins at nightfall at the central police precinct.

They are more organic than organized. Protesters chant: “George Floyd. Breonna Taylor. Black Lives Matter.” A microphone is passed around to whoever wants to speak. The scenes feel festive at times, with drumbeats and tambourines, and a grill that serves food at all hours. On one night, a man holding a microphone raps to the crowd: “On the Portland streets/We’re taking it back/Wearing a mask ‘cuz they shoot me with gas.”

President Donald Trump at a White House news conference on Thursday called the protesters “professional agitators, professional anarchists” and said the federal agents deployed there would “clean out this beehive of terrorists.” Portland has become a prime target of Trump’s “law and order” re-election campaign.

But the reality on the ground is as murky as the nightly clouds of tear gas had been. There are no clear leaders or structure to these demonstrations, and as midnight looms the focus moves to a small band of mainly white people trying to attack the courthouse throwing fireworks and objects at police and agents over a fence guarding the building.

The New York Times this week said an internal Department of Homeland Security memo indicated the federal agents didn’t understand the nature of the protests, particularly those attacking the courthouse.

“There are two different protests. This is beautiful,” said Ngee Gow, 22, pointing to the main body of demonstrators at the central police precinct. “This is destruction,” he said, nodding to those waiting to confront federal agents outside the courthouse.

Suburban mothers, veterans and healthcare workers joined anti-racism demonstrations in early July to oppose the federal intervention and to try to tone down the violence. The Black demonstrators initially welcomed the moms – and dads who came with leaf blowers to disperse the tear gas – but are now frustrated with the band of midnight provocateurs at the courthouse.

Portland is one of the whitest cities in the United States, with only three percent of residents identifying as African-American. Though residents there are overwhelmingly progressive, the city itself is still very segregated, a legacy of Oregon’s racist past as the only state to ban Black people when it was founded.

“We’re fighting with our hearts here,” Erandi, the Black teenager told Reuters. “We need these white people to acknowledge that this isn’t a bonfire. This isn’t just a party.”

Huddled with Erandi and a few other Black demonstrators, Gow looked on disappointedly at the boisterous crowd in front of the courthouse, chanting “Feds go home.”

News – In Portland, some Black activists frustrated with white protesters 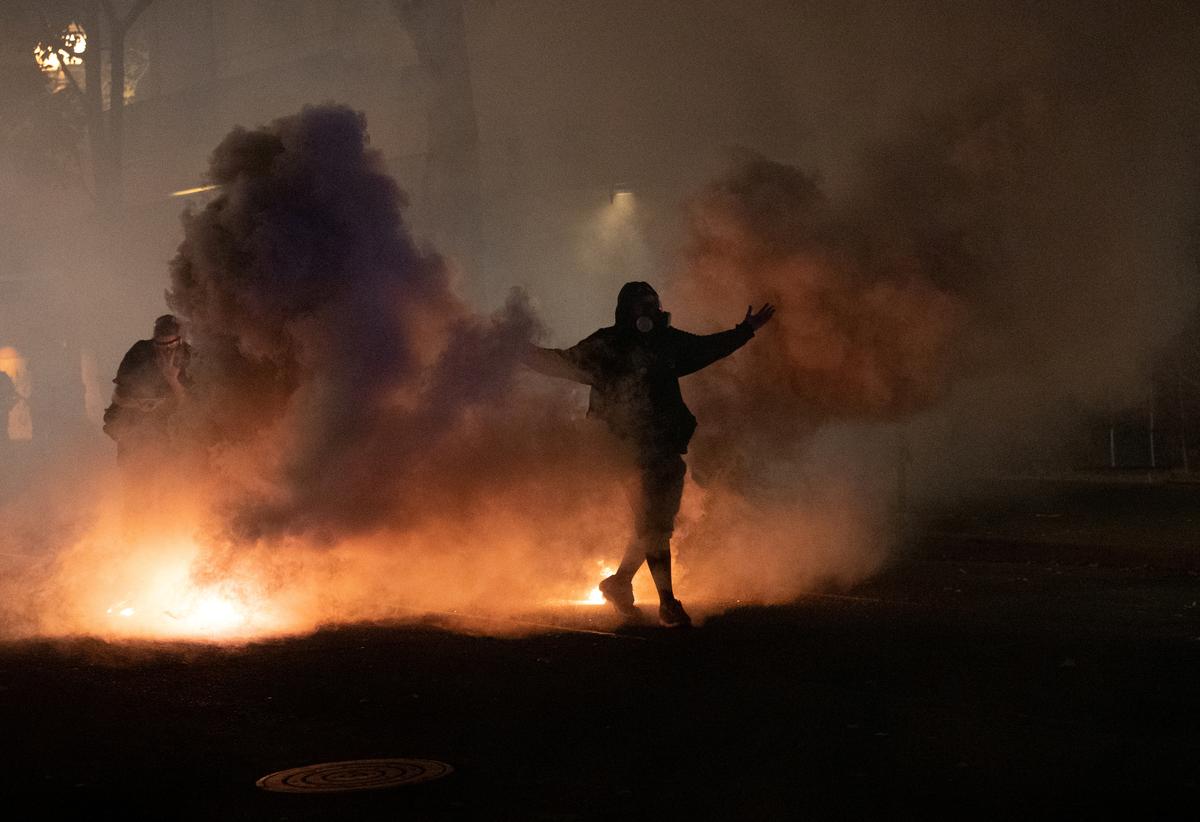