(Reuters) – California, Florida and Texas, the three largest U.S. states, all set one-day records for fatalities from COVID-19 on Wednesday, a Reuters tally showed, and the Miami-area school district said students would not return to classrooms when the new academic year begins as deaths from the virus spiked nationwide.

The United States has registered 10,000 deaths over the last 11 days, the fastest surge since early June, prompting heated debates between the American public and its leaders over the best course forward. New infections do not appear to be rising at the same pace.(tmsnrt.rs/2P87LUu)

“In light of viral surge in our community, it’s in the best interest of students and employees to commence the 20-21 school year at a distance,” Miami-Dade County Public Schools said on Twitter. Classes are set to begin Aug. 31 in Miami-Dade, which has more than 350,000 students, making it the country’s fourth largest school district.

With the scheduled reopening of schools days away in some states, President Donald Trump has pushed for students to return to class while teacher unions and local officials have called for them to stay home.

A total of more than 150,000 Americans have died of COVID-19 since the start of the pandemic.

Commercial pilot Rob Koreman of Fort Lauderdale, Florida, said he was stunned by the climbing numbers.

“I’m a pilot and hit so many cities, so many people on board, I have to be aware,” said Koreman, 50. “Basically, none of this should have happened. We needed state coordination, if not flat-out a federal mandate.”

The pace of coronavirus infections has accelerated since late May and the epicenter has moved to the South and West from New York, which still has by far the highest number of fatalities of any U.S. state at more than 32,000.

The surge has hampered efforts to recover from an economic crisis brought on by stay-at-home orders and business closures that have thrown millions of Americans out of work.

“We have seen some signs in recent weeks that the increase in virus cases and the renewed measures to control it are starting to weigh on economic activity,” the chairman of the Federal Reserve, Jerome Powell, said at a news conference following release of the U.S. central bank’s latest policy statement.

Many health experts say the outbreak could be brought under greater control if guidelines to maintain social distancing and wear masks in public were enforced nationwide.

Trump has rejected the idea of a federal mask order and was initially reluctant to be seen wearing one. Trump has since come around to supporting masks.

Representative Louie Gohmert, a Republican from Texas who has at times refused to wear a mask, tested positive for COVID-19 on Wednesday, raising concerns that other members of Congress may have been exposed.

Officials in New Jersey, which has the country’s second-highest death toll, again pleaded with young people to avoid large gatherings.

The University of Washington’s Institute for Health Metrics and Evaluation predicted in March that the pandemic could kill more than 81,000 people by July.

In its latest statement on July 14, the IHME said its model now projects the U.S. death toll at more than 224,000 by Nov. 1; it said many fatalities could be avoided by preventative measures such as masks and social distancing.

(GRAPHIC: Where coronavirus cases are rising in the United States – here) 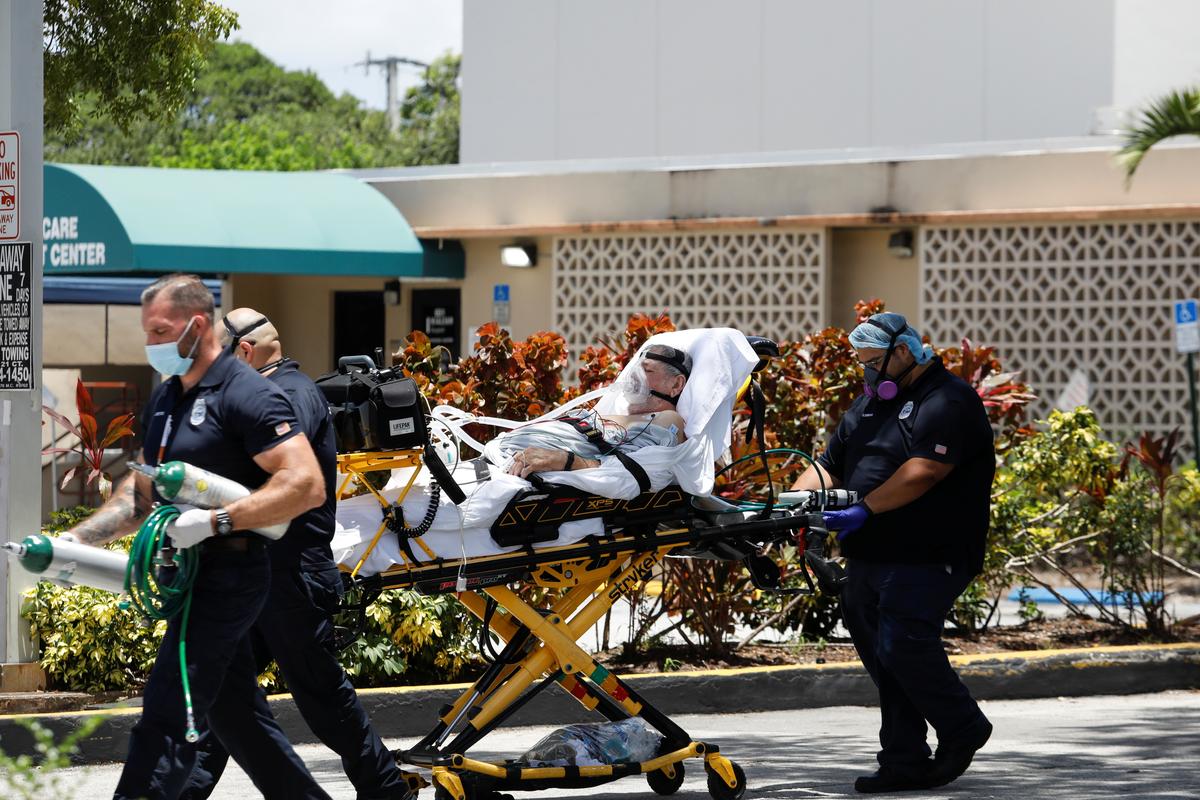